Calum Best has spending a night of passion with another woman after he had promised to stand with Lindsay Lohan in her desperate attempts to stay clean. 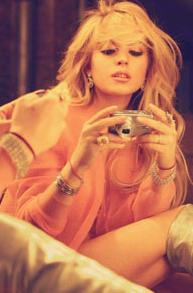 Melissa Lorraine, a lap dancer, has revealed on steamy session with Calum Best while the “Freaky Friday” actress desperately waited for him in the rehab.

She revealed, “He is supposed to be with Lindsay and be supporting her through everything. But that didn’t stop him having sex with me and taking drugs.”

She claimed that Calum Best bit her harder, saying, “It was so painful I asked what he was doing. He looked at me and said, ‘This is how I do it when I have sex with Lindsay. She likes it kinky’.”

The 20-year-old lap dancer also revealed that Lindsay Lohan had called him up to tell Calum Best on how difficult it was at the rehab center and he was consoling her while he was in bed with Lorraine.

She added, “I could hear her say how upset she was about her rehab and being sober, and Calum was trying to calm her down. His voice was very gentle and he was being very soothing. If I didn’t know that he was lying in bed with me I would have thought he really cared about her.”