Britney Spears, who was previously linked to Criss Angel, had at least one wild night with Shannon Funk captured in tape. 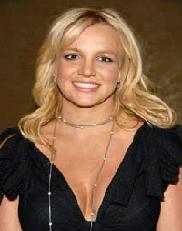 The troubled pop singer and her assistant were snapped snuggling up to each other in the buff in a pool. According to the reports, they later spent the night together and earlier reports include that Shannon Funk would reveal all of this but she has denied it.

Perhaps the whole situation with Britney Spears may be too much. According to a website’s report, her lawyer wants to break up with her. The report indicates that Laura Wasser is about to resign as pop singer’s attorney.

The report also includes that the lawyer has put the “Toxic” singer in touch with other lawyers who could help the singer in her ongoing custody battle, but Britney Spears has become so reliant on Laura Wasser she doesn’t like any of the alternatives.