Pippa Middleton, who will be Kate’s head bridesmaid, was spotted while spending three hours in designer Alice Temperley’s West London showroom this week. 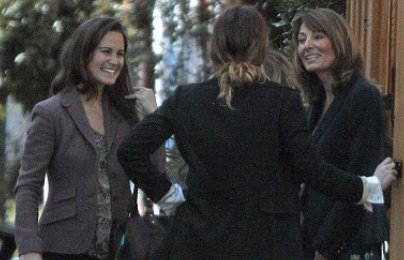 Her visit to the designer with her mom Carole had sparked speculation that Alice may design Kate’s dress too. The 27-year-old socialite arrived in her BMW Z4 on Thursday afternoon. Pippa was in high spirits and she was carrying a bag so possibly bridesmaid dress being designed for her. But the Buckingham Palace revealed that Pippa’s fitting with Alice was only a private meeting between two individuals.