Nicole Richie pulled April Fools’ day prank on Kim and Khloe after hacking both accounts and posted funny messages for all of their followers to see. 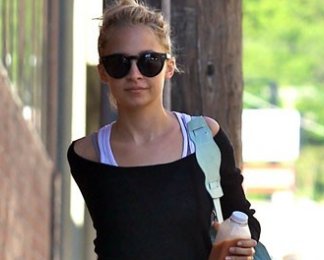 The “Simple Life” star wrote on Khloe’s account that her poops are in the shape of Ks and she don’t crap but she KRAP. Khloe figured out the identity of her hacker later on. While Kim’s default background were changed into the face of her NBA beau Kris Humphries. Nicole wrote on Kim’s twitter that Kris loves to have his **** tickled with a soft baby pink feather and loves ice on his nips.