Lady Gaga revealed that her dream would be in a Woody Allen film but she wasn’t interested in having her dream house. 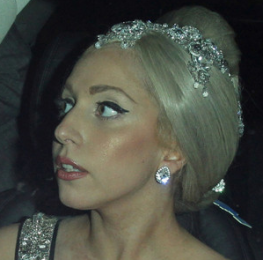 The “Poker Face” singer, who called herself as “gypsy,” was on the road a lot. She found it hurtful to write a check for the house since it is a lot of money. Meanwhile, Lady Gaga’s appearance on “The Ellen DeGeneres Show” will be aired on Friday.