Miley Cyrus describes her controversial MTV Video Music Awards performance as a once in a lifetime moment. 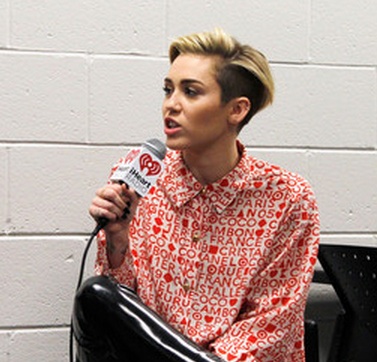 In a new interview backstage at Power 96.1’s Jingle Ball, the “Wrecking Ball” singer reveals that VMAS is a biggest moment and she is pretty stoked to perform there. Will she ever return to next year’s stage of the same awards show? She jokes that she has some doubts that she will be going to ask back. Seriously, she did not know if there will be a potential return. Since her VMA performance, she released her “Bangerz” album in October, “Wrecking Ball” music video and performed stages worldwide. Meanwhile, Miley is set to perform live at Times Square on New Year’s Eve.