Taylor Swift is asked by her childhood best friend to attend at her upcoming wedding. 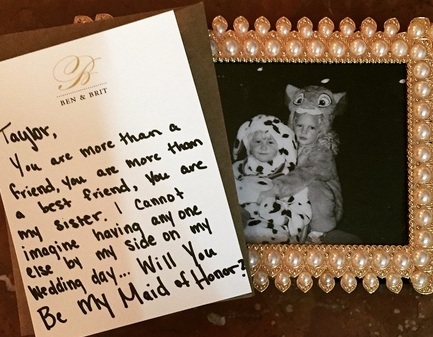 Britany Maack writes to her 25-year-old best pal. In her letter, she thinks that the country crooner is more than a best friend and her sister to her. She asks her to be her maid of honor because she cannot imagine having anyone else by her side on her special day. The touching letter has a wonderful picture, which shows two younger versions of Britany and Taylor while wearing their adorable costumes, in Instagram star’s account. Meanwhile, Taylor accepts the invitation after saying: “Yeah, I will.” It seems that the two keep their friendship strong since the singer previously took the bride-to-be to a Knicks basketball game in New York City.