Kim Kardashian proudly posts a picture of her daughter in Instagram as Kanye West’s muse for his latest clothing collection. 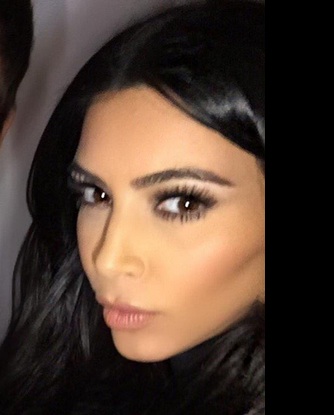 The 34-year-old reality star sparks criticism after North West is wearing a baby bulletproof vest, which is the same outfit that she wore in New York on Thursday when she bursts into tears. A follower thinks that it is sad that the socialite is doing to her child since normal baby girls usually wear some colors and a bow. Other fan seems that the bullet prof vest is very cute and it has 90’s look. Meanwhile, North matches this controversial vest with leg warmers and Doctor Marten boots while watching Kanye West Yeezy collection for Adidas Originals. Meanwhile, Kim compares Kanye to North with their similar pictures, which shows father and daughter’s tongue.