Tom Cruise was rumored to be making a cameo appearance on the hit TV show “Glee.” 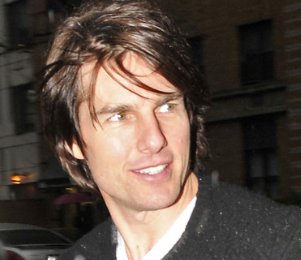 It was reported that producers are keen for the actor to make his own character for the hit FOX show. But Tom’s representative confirmed that the reports aren’t true. Meanwhile, it has been claimed that Tom and Katie are feeling broody by their pregnant friend Victoria Beckham.