Yoko Ono was taken to a hospital in NYC on Friday after being dehydrated and tired. 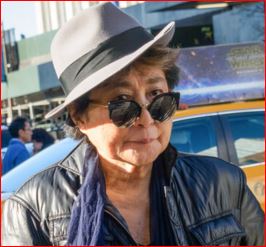 The 83-year-old wife of John Lennnon stayed in the hospital, where her husband John Lennon died. Her representative started to feel sick and called her doctor. Then she was advised to have a check-up so she called for an ambulance. She will stay in the hospital at least for the night. Meanwhile, Sean Lennon clarified the rumors when he said that his mom, Yoko did not have a stroke.