Zac Efron was spotted checking his phone for texts while leaving the studio. 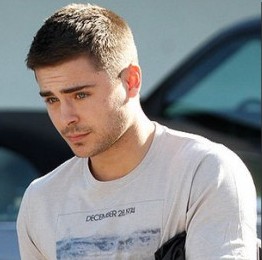 The 23-year-old actor watched his steps as he return to his car in Los Angeles on January 20. He is currently in post-production for “The Lucky One,” where he plays a marine.

Zac was also carrying a Zen Foods bag filled to the top, a company that former girlfriend Vanessa Hudgens is a client.