Zac Efron received a surprise treat from the son of a Russian billionaire during a night out at a Chicago club. 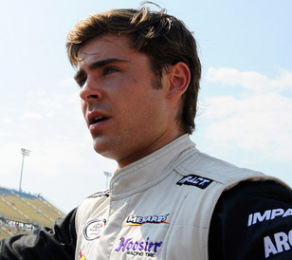 The actor was given a $100,000 bottle of champagne while partying the night away at the Board Room nightclub on Tuesday during a nigh-out with co-stars, including Heather Graham. The unnamed Russian also bought some drinks for his own table, which the total bill is $112,550 and his server accepted a very generous 20 per cent tip $22,510.