Zac Efron was holding bottle of beverage while walking around the set of The Paperboy on August 23 in New Orleans, Louisiana. 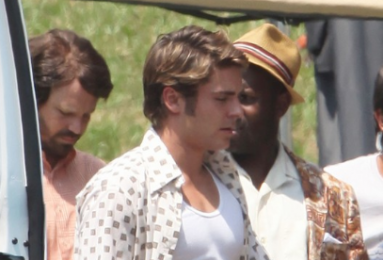 The 23-year-old actor plays Matthew McConaughey’s brother in the upcoming thriller, which follows a Miami Times reporter when he returns to his Florida hometown to investigate the imprisonment of a death row inmate. Meanwhile, Zac also hangs out around New Orleans with a few close friends during his downtime.