Zac Efron was sporting a racing uniform while shooting scenes for the Untitled Ramin Bahrani Project on July 15 in Newton, Iowa. 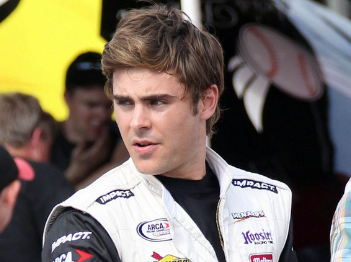 The 23-year-old actor also got into the driver’s seat for his scene. The film is a drama centered on an enterprising farmer whose plans cause problems within his family. Meanwhile, his another film is “The Paperboy” with Matthew McConaughey and Nicole Kidman.