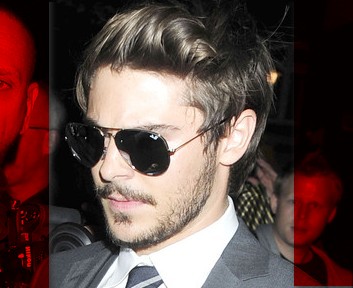 The “High School Musical” star was recently surrounded by fans so he decided to jump over the balcony and climbing down a drainpipe. He also used a mustache as a disguise to hide his identity.

He was also shocked when his fans started to lift the car, which include Vanessa Hudgens and Ashley Tisdale, in France in a bid to speak to their idols.