The former Cirque Lodge rehab patient, who had been linked to Lindsay Lohan, dismissing rumors that the there is romantically involved between the two of them. 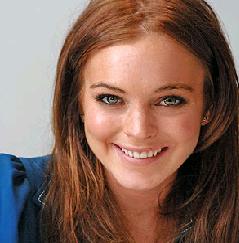 Tony Allen, who recently completed a stint at the Utah rehab facility where Lindsay Lohan has been undergoing treatment, revealed, “That is against the rules. She is my friend.”

He also revealed that the “Freaky Friday” star is “happy” and that she “feels better about herself”, saying, “There’s no cycle of guilt or shame anymore.”

He continued, “She wants to give back to her fans and the people that care about her, and she wants to be able to share her many talents. She’s very focused on recovery right now.”

Tony Allen and Lindsay Lohan became friends. He also revealed that their shared love of music “was some common ground that first initiated our friendship.”

He added, “I hope she gets as much out of this life as she could ever want. Finding an inner peace is very, very important part of recovery, so I do wish those things for her.”