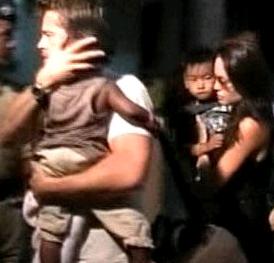 The celebrity couple insisted that the news is “not true”. According to the article of U.S. magazine, the “Mr. and Mrs. Smith” stars would do “whatever it takes” to cure the two-year-old’s hip dysplasia, a congenital condition, which could affect her ability to walk in the future.

But Cindy Guagenti, a publicist of Brad Pitt, revealed, the reports is all false. She revealed, “It’s not true, and I told the magazine that printed it – but they chose to run it anyways.”