An unsuspecting student in the U.S. has acquired Paris Hilton’s old mobile telephone number and she is now being hassled by callers desperate to get in touch with the troubled star. 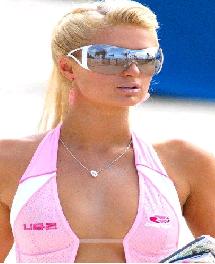 Shirla Barlow was left confused after being bombarded with calls from unknown callers trying to contact the hotel heiress – one of them simply saying, “Baby girl, how are you?”

The UCLA student realized her mobile phone company had given her the socialite’s old number after she received a batch of sympathy messages from celebrities wishing her luck in jail.