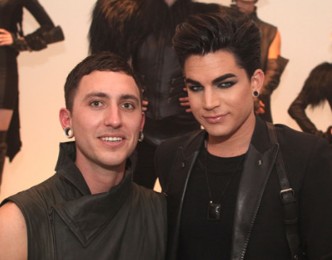 The “Time For Miracles” singer met up with L.A.-based designer Jonny Cota, who described his latest collection to be inspired by the grace of death. They posed together for some photographs.

Britney Spears was sporting several Skingraft designs in her “Hold It Against Me” video.