Responding in disbelief at first on him being listed on People’s 10th annual list of Sexy and Single Men in 2009, Adam Lambert however thinks the predicate is “pretty cool.” 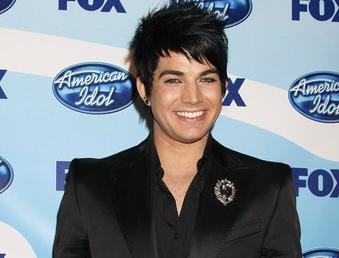 “Am I really? I’m not hot!” Adam Lambert responds in disbelief when Access Hollywood’s Nancy O’Dell reveals the news that he is listed on People magazine’s 10th annual list of Sexy & Single Men in 2009. He, however, quickly adds, “That’s pretty cool. That’s really cool.”

“How great is that though – to show how far you have come? Because that means you’re a bachelor – straight, gay – it’s just that you’re a good looking man,” Nancy chimes in. “You’re attractive to many people.”

Adam then comments, “I think that attractiveness is a universal thing. It shouldn’t matter who your preference is. I mean, it’s like, [if] you think something is good-looking, you think it’s good-looking. What’s the difference?”

Despite the fact that he is now considered sexy, Adam says “my goal is to just sing. I’m just putting on a show, you know, and if that’s how people feel about it then that’s really cool.”

In addition to addressing his inclusion in the particular list, which ranks him at 4th, Adam also opens up to Nancy that amidst his hectic schedule recording a debut album slated to be released this fall under RCA Records he is eying to launch his own line of cosmetic product. “Maybe [an] eyeliner, nail polish combo line,” reveals this season’s “American Idol” runner-up. “It will be very livable. You can put it on and it will stay for the whole week.”