Not regretting his sexual orientation confirmation in the new issue of Rolling Stone magazine, Adam Lambert says “it’s nice to have everything out in the open.” 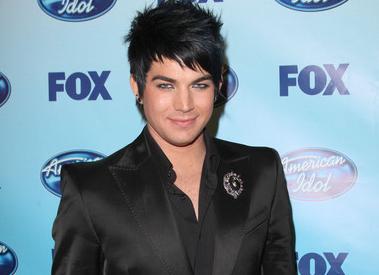 Now that he has answered people’s suspicion on his sexuality, Adam Lambert says “it’s nice to have everything out in the open.” He also admits that he has no regret at all about confirming that he is gay in the new issue of Rolling Stone magazine.

“I’m really happy with it. The cover looks great. It was great working with [photographer] Matthew Rolston,” he told US Weekly during a visit to L.A.’s Skingraft boutique on Thursday, June 11. “And the title – ‘The Liberation of Adam Lambert’ – I do feel liberated. I feel like a weight has been lifted off my shoulders.”

Adam Lambert has recently been praised by openly lesbian Ellen DeGeneres for publicly coming out of the closet and confirming his sexuality. The talk show host said his public gay proclamation could encourage any other gays to also confirm their sexuality.

“I’m proud of him, and I’m happy for anyone who has the guts to actually tell the world who they are and not fear they are going to lose their career or alienate anybody,” TV Guide cited Ellen as stating. “We’ve seen recently in the press how many kids have killed themselves because of being bullied at school and teased. Whenever there is somebody who is successful and talented and happy and openly gay, I think that sends a really positive message for all these kids out there that are struggling – and adults.”