Adam Lambert covers Entertainment Weekly after he was named as the most exciting American Idol contestant in years. 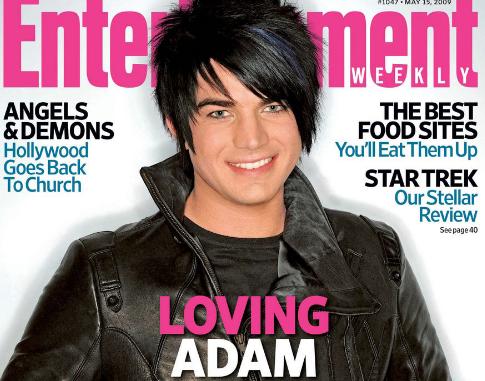 The magazine wrote: “With his mop of glam-rock cobalt-blue-on-dyed-black hair, his hearing, his sneering, and his unambiguously ambiguous sexuality, Adam would have probably been brushed off early on. And there was also a time, more recently, when Adam would have made it to Hollywood but been dismissed as ‘too Broadway’ or ‘too musical theater.’”

Though Adam is widely assumed to be gay, the most we should tell EW about the public scrutiny is: “I know who I am. I’m an honest guy, and I’m just going to keep singing.”