Adam Lambert went out with friends and headed to a private table at Avalon Nightclub on February 10 in Hollywood. 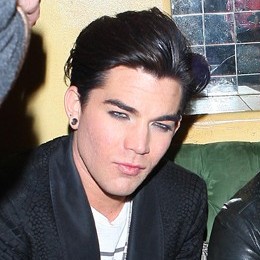 The “Time For Miracles” singer had a few drinks with friends while the paparazzi looked on. Earlier in the day, he attended a preview of Katy Perry’s upcoming world tour before heading to the Belvedere Vodka launch of the special (RED) bottle.

Meanwhile, Adam announced that a CD/DVD combo of his Glam Nation tour will be available on March 22.