Adam Lambert says he’s been advised by Madonna to keep his eyes on the target and “ignore all the other crap” in order to deal with his new found fame and the craziness surrounding it. 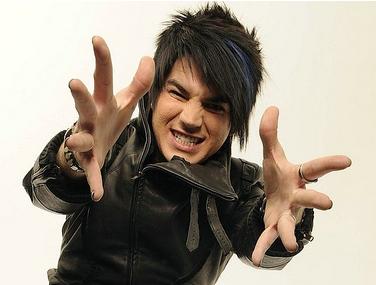 Making no attempt to hide his admiration for pop superstar Madonna, Adam Lambert says he’s been given advice by the female singer on how to handle his new found fame post winning “American Idol” runner-up title. “She gave me some advice on how to deal with the fame and the craziness. She said, ‘You know, just keep your eye on the prize. Remember what it is that you want to accomplish. And try to ignore all the other crap’,” he told E! Online during a visit to recoding studio to work on his debut album. “[Madonna] was incredible. I was a bit intimidated, but she was very, very warm,” he added.

Adam Lambert, who recently made the list of People magazine’s 10th annual list of Sexy & Single Men in 2009, previously named Madonna as the one artist that makes him most starstruck. He told Parade Magazine, “I met Madonna and that was pretty wild. Most everybody I’ve met is pretty cool and on the level, but Madonna is just legendary. I was definitely the most starstruck with her. I’ve been a fan of hers since I was a kid. So that’s definitely part of the intimidation factor.”

He, additionally, has expressed his interest to work with her, saying “I really want to work with Madonna. It doesn’t seem like a likely pairing, maybe, but I just think that she is so creative and has such vision and her career has been so long because she has been able to come up with something new and keep people guessing and push people’s buttons. I like that she’s relevant, she’s always the next thing, she’s always introducing us to the next wave of pop. I just think it would be an honor to work with her.”