American Idol season 8 runner-up Adam Lambert’s Rolling Stone cover is the magazine’s top-selling issue of the year, according to Extra. 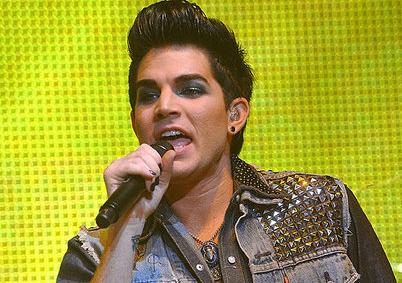 The 27-year-old Lambert, who was blessed with boyish handsome good looks and equipped with his trademark black eyeliner and dyed asymmetrical coiffure, came out to America in the magazine’s June 25 issue. His sexual orientation became a hot topic when photos of the singer kissing another man surfaced on the Internet during the American Idol competition.

“I don’t think it should be a surprise for anyone to hear that I’m gay,” Lambert told Rolling Stone. “I’m proud of my sexuality. I embrace it. It’s just another part of me.”

Lambert wowed audiences on Idol, infusing the show with rock-star glam, but was eventually beaten by fellow contestant and friend Kris Allen in the finals.

The singer has teamed up with Lady Gaga producer RedOne for his debut CD, scheduled to be released in the fall.

Meanwhile, Adam Lambert delivered some news about his November debut album via a giddy tweet this morning: “In NYC to record song with MAX MARTIN!!! Soo excited. This album is getting so great!!” Martin is the Swedish wunderkind responsible for Kelly Clarkson’s mammoth “Since U Been Gone,” Britney Spears’ “… Baby One More Time,” Pink’s “So What” and “I Kissed a Girl” by Lambert’s cape-wearing pal Katy Perry.

Lambert told RS he completed a bunch of sessions before the American Idols Live tour launched in July, but the weeks following the tour’s end — it wraps mid-September — will be packed with work on his as-yet-untitled debut. “I got a lot of co-writing done, some great initial vocal material recorded, and just general collaborations with different producers.”