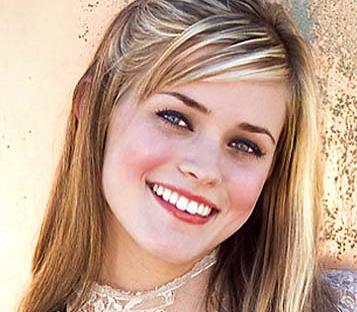 All anyone can talk about this week is Paula Abdul leaving Idol. What do you think of that?
I think that it will never be the same. I can’t imagine what it’s going to be like. It’s going to be weird. I love her. We had dinner once, and we were talking about relationships and things that I’m going through that she went through before. And she just said, “Just be patient. It’ll all going to be OK.” She’s just so sweet and loving and caring. I love her a lot. Maybe they’re going to fake people out, and she’ll be back. Who knows?

Have you heard any of the music that Adam, Kris Allen or Allison Iraheta are working on?
I have! I’ve heard Adam’s and Allison’s, and it’s amazing. I can’t wait.

Is it frustrating to have to wait for your own deal, when they are further along in the process?
There are moments when I’m like, “Man, what’s going to happen? What am I going to do? What opportunities are going to be waiting for me?” But I try to focus on how awesome right now is.

How is writing on the road going?
It’s pretty hard. I try to get stuff down as much as I can. I found that it’s easy for me to start by writing a rap and then turn it into a song later. So, I’m writing raps right now. And that’s working out pretty well. And I have a song about my brother, “Say It Ain’t So.” My nickname for my brother is “Say,” it’s because he goes by C.J., and in Spanish that’s Sejosa, so I just call him Say. Right now it’s just in bits and pieces. It’s about our experiences and how I feel about him. It’s cute.

I hear the fans for the guys are a lot crazier than the fans for the girls. What’s going on out there?
Yeah, they absolutely are. If we’re outside signing and Adam comes out, I know I’m going to need a hearing aid later in life because the girls scream so loud. I swear 12-year-old girls have the craziest voice boxes in the world.

Do you think they understand they can’t get with him because he’s gay?
I think some of them actually think they can. It’s so delusional. They don’t care.

How do you decompress after a crazy day on the road?
I love baths. I sit in a bath from an hour and I’m set.

What’s the best thing a fan has given you?
A couple of shows ago, I got a jacket that says “Don’t Bite Your Fans” from Yo Gabba Gabba!, which is a show I love and want to be on. I need to work on that. It’s on my list.

Also on the list is figuring out if Stevie Nicks really wants you to play her in her biopic, as we’ve all read.
Yeah. I haven’t heard anything about that. But yes, it’s on my list.

Would you entertain any modeling offers?
Actually, I would be all about modeling, yes. I’m in the process of spreading my face around in that aspect.

We have a few questions from your fans. Mia asks, “What can you say about the ‘Anoop is my boyfriend’ shirt?”
Oh, that. The rumors started up months ago that we were dating. And it was ridiculous. We were both like, “no, no, no.” It especially bothered him, but I started to roll with it and have fun. So I put on a shirt that said “Anoop is my boyfriend” and went out to a fan signing in it. It was just for fun.

“Where did you get your tattoos?”
I got all of my tattoos by Jared Hayes at Apparition Ink in Salt Lake City. My newest tattoo is from a couple of months ago. It says, “It’s in my hands. It always was.” It’s across my pinky to the bottom of my palm. It means you can do whatever you want to do, and it’s up to you. I’ll get my ribs done and then I’m going to stop for my mom. I’m going to get a tree house with my best friend on one side and then “Fly Lightly” and a bird. And my arm needs more coloring.