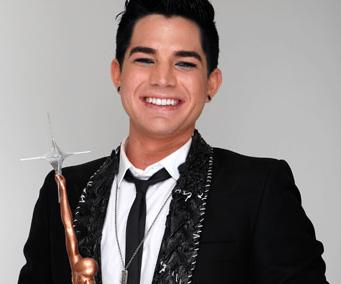 The 27-year-old American Idol alum picked up YH Artist of the Year and was presented by Idol judge Kara DioGuardi.

The ceremony recognized the outstanding accomplishments of emerging artists and showcased the future of Hollywood’s best and brightest.

Naturi Naughton performed a song from the upcoming film Fame and guests enjoyed spinning by DJ AM.

Meanwhile, Ryan and Conan talk about Adam Lambert and how he should have won American Idol. “If people didn’t vote for the singing, that’s a shame,” said Ryan. However, he thinks both Adam Lambert and Kris Allen will have fantastic careers ahead of them.