Kate Middleton was snapped supporting her boyfriend at a soggy polo match this afternoon. 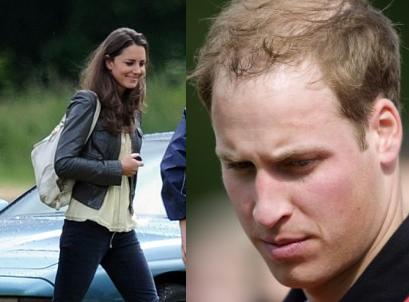 Prince William was taking part in two separate matches this weekend and despite the grey skies, Kate clearly couldn’t be kept away from his match on Sunday.

The young couple are rarely photographed together and – although Kate kept a low profile -it is obvious their relationship is still blossoming.

Prince William, 27, bore a striking resemblence to his father, Prince Charles, after he removed his helmet following the match.

Princes William and Harry, 24, had been taking part in polo events all weekend.

On Saturday, they were playing at the HAM Polo Club and looked in their element on the field. On Sunday they were both involved in the Cirencester match.

Their cousin, Princess Beatrice, also made time for royalty’s favorite sport this weekend.