Adriana Lima seems to be another celebrity with a sex tape released to the public online but the supermodel or anyone close to her has not confirmed it up to this point. 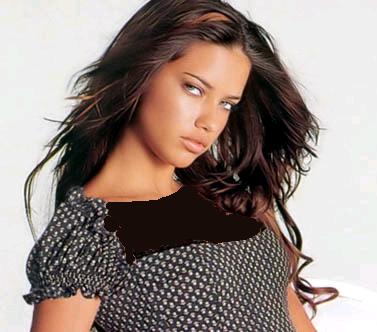 The Brazilian supermodel was sparked to have a sex tape, which is set to be the latest rage since she is one of the hottest women in the world. You could see her video stills here as well as here.

The supermodel, who is best known for her modeling work with Victoria’s Secret and Maybelline, revealed, “Modeling is a tough job… your co-workers are your rivals… it really puts a damper on your perspective of other girls.”

On which she considered herself as “flowers and card” girl or a “jewelry” girl, she replied, “I like presents that a man has spent time on, doing them himself, like a card or anything that is made by hand and from the heart.”

On the worst gift a man has ever given her, she answered, “I don’t have one! I appreciate everything really, as long as it’s given with love.”

On some of the most outrageous things men have done to get her attention, she added, “Once I was walking down the street and a man recognized me and just started following me non-stop. Everywhere I would go, he would follow me. It was okay though. Overall, I haven’t had too many bad experiences.”