Bradley Cooper, the allegedly new Brad of Jennifer Aniston, has reportedly hopping his way through two A-list beauties in one week of Hollywood dating reports. He and Jennifer Aniston reportedly were together and now that appears it was over before it ever started as a report claims that he is with serial dater Cameron Diaz. 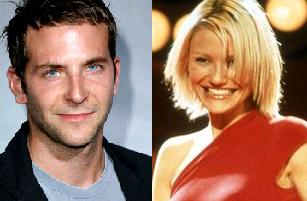 Since the split with Justin Timberlake, Cameron Diaz was previously spotted with John Mayer and Jude Law. According to recent reports, sources close to Bradley and Cameron Diaz revealed that the two have been dating the past couple weeks.

But the representative of Bradley Cooper insists that it is “not true” that the two are dating. However, sources revealed that Cameron Diaz and Bradley have been busy sending flirty text messages to each other throughout the day and spending quite a bit of time together.