Alicia Keys, R&B singer, has realized why she was branded a lesbian at the beginning of her career. It is because she was “rough around the edges”. 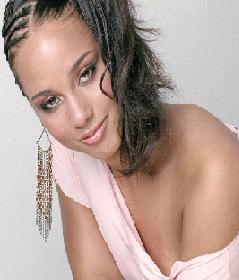 The singer’s sexuality became the subject of speculation after the release of her debut album “Songs In A Minor” in 2001.

However, the singer has been adamant she isn’t a lesbian but has admitted that her appearance and attitude may have led people to think so, saying, “I was definitely rough around the edges. I look back at certain interviews and I’m like, ‘Damn! Did I have to look that hard? Did I have to do my hair that way?’”

She added, “I could see why people couldn’t see the diamond in the rough. I didn’t take it to heart. I know what I am. I know it’s not true.”