A saucy photograph of Cassie baring all has leaked online – just hours after the singer hit out at a hacker for topless pictures of her on the Internet. 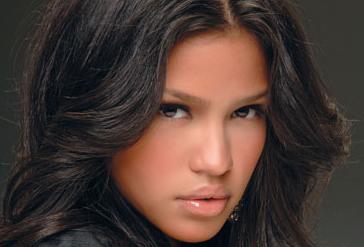 The R&B beauty was furious after photos of her exposing her breasts hit the web on Wednesday, and she was quick to brand the person who stole the snaps “foul and evil” in a post on her Twitter page.

She later posted a statement on her official website on Thursday that read: “The recent personal pictures that have been leaked on the internet of me were hacked and stolen out of my computer.

“These photos were obviously never intended for the world to see and it’s sad that people would really take time to steal and post them. At the end of the day breasts are breasts, mine weren’t the first you’ve seen and they won’t be the last… people need to grow up, let’s move on.”

But the “Me & U” hitmaker is set for further embarrassment – a graphic photo of her lying [email protected] on a bed with her legs spread hit the web just hours after she released her statement. You could see her intimate picture with piercings and all in yeeeah site.