Can anyone copy the style of Twilight star Robert Pattinson? New Moon sweetheart Bella (Kristen Stewart) is solid with real life beau Michael Angarano as they have been together for three years. But all of that is constantly challenged and even this week more photos of Kristen and Rob out partying together have the gossips tongues wagging. 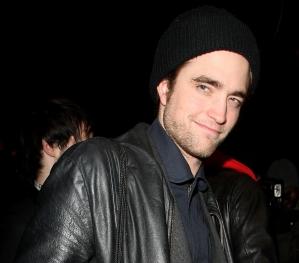 What is Michael’s next move to keep Robert at bay? According to Life & Style he is set to capture some of the New Moon sizzle from Pattinson. The magazine reports that an insider is claiming that Angarano is trying to capture just a bit of the Pattinson ‘broody’ style.

The magazine reports “Rob’s brooding bad-boy style is rubbing off on Michael, according to an insider at Glowbal restaurant in Vancouver on April 8. “It was crazy how much Michael looked like him” says the insider.”

“With all the speculation circulating about Robert and Kristen, it’s no wander Michael is changing his look for her,” the source added. Rob’s week has also included some new revelations on his trips to see a dancer at a local strip club which led to this great healine from Actress archives, “Shocker: Robert Pattinson Likes Hot Actresses and Strippers.”