Vanessa Minnillo and Nick Lachey, who were spotted nude while on vacation, are shopping for wedding rings, according to a newspaper’s claim. 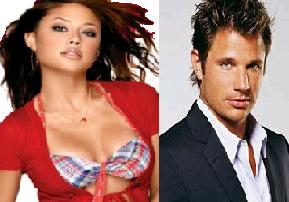 A friend revealed, “Vanessa has always wanted a cushion-cut diamond. But at the Kentucky Derby in May, Vanessa changed her mind after she aw an emerald-cut engagement ring on another Derby-goer’s finger.”

The ring that Vanessa Minnillo fell in love with has a platinum band with a large emerald-cut diamond in the center and two smaller emerald-cut stones on each side. And as soon as she saw it, the 26-year-old former “Entertainment Tonight” personality gave Nick shopping instructions, revealed by a friend.

Buying the stunning ring is the next step toward sealing the relationship between the celebrity couple.