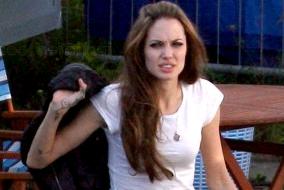 The “Good Shepherd” actress admits taking the hallucinogenic drug before a trip to the tourist attraction in Orlando, Florida.

She revealed, “I remember taking Lsd before I went to Disneyland. I started thinking about Mickey Mouse being a short, middle-aged man in a costume who hates life. Those drugs can be dangerous if you don’t go into it positively – I gave them up long ago.”

She added, “I’ve done coke, heroin, ecstasy, Lsd, everything. But the one that had the worst effect for me was pot. I felt silly and giggly and I hate feeling like that”.