Alex Turner, frontman of Arctic Monkeys, has revealed he is a big fan of Beyoncé Knowles and The Sugababes. 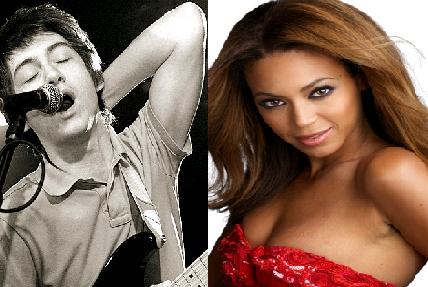 With a cover of Girls Aloud’s ‘Love Machine’, Alex Turner has never been shy to show off his love of pop, but says he’s particularly attracted to Beyoncé’s ‘intellect’. He revealed, “I’ve always been a fan of Beyonce. I love her. She’s got a bit up there, I reckon.”

He also revealed that he also likes the look of “the new one” from The Sugababes – otherwise known as Amelle Berrabah. He added, “I quite like the newest one. Very impressed. In that Comic Relief song, the Run-DMC thing, she raised the bar in that. We met them a couple of times but never chatted. We’re dead shy.”