Paris Hilton has yet another problem when she gets out of jail – her talent agency dropped her. 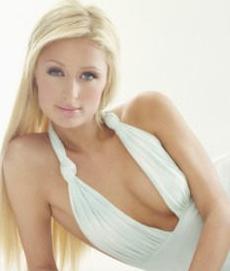 While the 26-year-old socialite serves out a 45-day-sentence in a California jail, the Endeaver Talent Agency broke off its contract without citing a reason, according to People magazine on line Wednesday, which quoted spokesman Michael Donkis.

The agency represented her since 2005, and managed her contract for her reality television show, “The Simple Life”.

It was the second blow to her career this month. Just two days before she entered jail last week for violating probation for reckless and drunk driving, her record company Warner Bros dropped her like a hot potato.

Not that Paris Hilton needs the money – she has a personal inheritance of over $50 million.
The parents of the celebrity personality visited her Tuesday for the first time in jail, where they spoke through a glass visitors’ wall. Her mother revealed that Paris was “very happy”, and wanted to serve her time and come to terms with it.

Earlier this week, the celebrity told ABC talk show star Barbara Walters she had had a spiritual awakening in jail and admitted that her carousing and naughty behavior were no longer “cute.”

Paris Hilton described to Walters her spiritual transformation and realization, through the help of a spiritual advisor, that she was where she needed to be at this time of her life – in jail.

She revealed, “I’m not the same person I was. I used to act dumb. It was an act. I am 26 years old, and that act is no longer cute.” She added, “God has given me this new chance. God has released me.”