Alicia Keys, who wanted Jamie Lynn Spears to become a spokesperson for safe sex, believes Jamie Lynn, who this week announced she was pregnant at the age of just 16, should use her unexpected pregnancy to stop other teenagers rushing into bed. 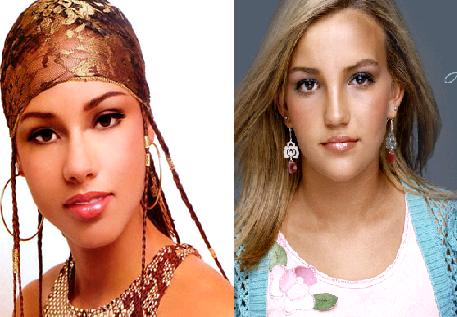 Alicia also revealed, “Zoey 101” star Jamie Lynn, who is dating 19-year-old Casey Aldridge, may have found it difficult to not have sex because she became famous at such a young age.

She added to US TV show: “Different people have different lives and different situations. I think that it is a very intense business and that in a lot of ways you are exposed to so much so quickly, so often there’s really no limit to what you can get, or have, or do. Whatever you ask for is there. You can be 13. You can be nine. You can be 47. It really doesn’t matter. But the point is that it gets very hard and difficult because most of the people in the industry are very young and we are influenced easily.”