Production crew thought that Amber Heard was too thin so she never went to London for costume fitting this week. 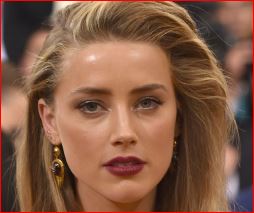 The American actress claimed that she lost 20 pounds because of overwhelming stress. She was spotted in West Hollywood on Wednesday. Sources revealed that her trip to London was cancelled because the producers didn’t think she was ready for the camera and for the role because of her weight. It has been confirmed to portray Mera in the upcoming live-action film, “Justice League.”