“American Idol” season 7 auditions have already started and Kristy Lee Cook, one of the American Idol contestants, became one of the early favorites to win the reality show. 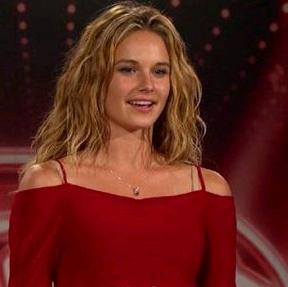 Kristy Lee Cook auditioned in Philadelphia for “American Idol” as she sings “Amazing Grace” for the judges. She said that she sold her horse so she could afford to travel to Philly from Oregon. You could see her photos here.

What she failed to mention at the audition, was her online photos and webcam video clip since there is a speculation that she was involved to webcam stripping. The speculation started after her sexy topless photos and video clips had leaked online.

Undercovered Online indicated, “Kristy Lee Cook is a 23 year old singer who has “Made it to Hollywood” for American Idol season 7. She was born in Oregon and later moved to Texas to pursue her singing career. At 15, it seemed as though Cook had found success when she was signed by RCA to the artist label. A promotion deal with Britney Spears was also a part of the package. However, nothing came out o f it.”

The said website also indicated that they have a video clip of her and her webcam strip tease but viewers would see it for the price of 29.99 dollars.

It is not confirmed if the allegation is for real. It is not the first time that a contestant was involved in a scandal since last year Antonella Barba had hit the controversies with her naughty pictures that her former boyfriend leaked to several websites.