Paula Abdul, who is one of the American Idol judge, was shocked to discover an overzealous fan photographing her over a toilet cubicle partition. 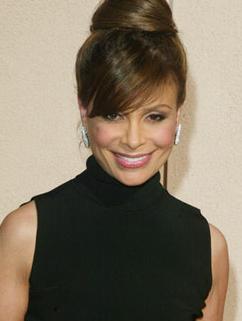 The 45-year-old singer couldn’t believe the nervous fan didn’t think there was anything wrong with invading her personal bathroom space – so she instructed her to never do it again.

Paula Abdul revealed, “I was mortified and she didn’t think there was anything wrong with it. I honestly was weirded out by that and she was so nervous that she thought I wouldn’t even notice. And I was like, ‘No, no, that’s not cool.’ I said to her, ‘A real good tip – don’t do that to anyone else.'”

And she has another piece of advice for fans who approach her in the street: “The other weird thing is when people are standing right in front of you and they go, ‘That’s Paula Abdul!’ Like you’re hard of hearing. I look over my shoulder. It’s scary.”