American Idol’s third season winner, Fantasia Barrino, is about to be evicted from one of her two Charlotte, North Carolina homes, according to an online report of a blog. 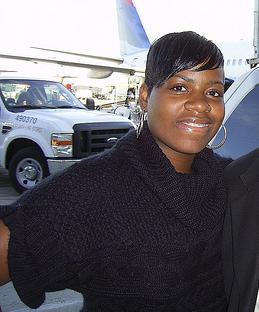 According to property records, the 6-bedroom mansion has been foreclosed on. Unless the 8-time Grammy-nominated singer can make necessary payments, the 6,232 square-foot home will be auctioned off on Jan. 12.

Fantasia Barrino, who is a single mother to daughter Zion, purchased the home, which was located on Bevington Place, in March 2007. The price was $1.3 million.

Her other house, also located in Charlotte, was purchased in July 2004 for $740,000 and records show it’s not in financial trouble.

Her recent tune, a duet with Jennifer Hudson called “I’m His Only Woman,” was just nominated for a Grammy.