Angelina Jolie, the star of the movie “The Good Shepherd”, is bringing her new adopted son home from the orphanage in Ho Chi Minh City. The actress, together with Pax, left Hanoi’s Noi Bai Airport in a private jet on Wednesday and flew to United States of America. 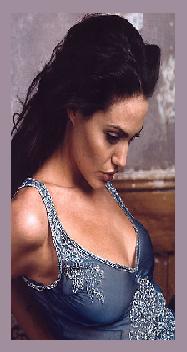 The 31-year-old actress understood the challenges her new son will face. She revealed, “You can imagine what courage it takes to be in all new surroundings, with new people and a new language. He [Pax] is very strong.” She added, “It will take him a while to realize he has a family and that his new life is permanent and that it won’t keep changing.”

As for Angelina Jolie’s partner, Brad Pitt stayed in Los Angeles while he is doing the film, “The Curious Case of Benjamin Button”. The representative of Brad Pitt revealed, “He has specific days on the movie that couldn’t be changed or production would run over.”