There are speculation that Angelina Jolie and Brad Pitt had political arguments to a certain point that the actress allegedly threw wine over Brad’s face but there is a truth on the speculations. 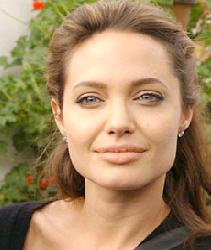 The truth is Brad Pitt and Angelina Jolie really argue over politics. The “Good Shepherd” actress confirmed it in an interview with a magazine .

The 32-year-old actress revealed, “We’re trying to learn more about global issues and politics together. That’s the only thing we ever argue about. Brad is really focused on his production company and films, but we both plan to do a lot less of that in the next few years.”

She explained that political causes and actors usually don’t mix, saying, “Sometimes acting and politics make a very bad combination. I think that sometimes people take me less seriously in my work for the UN because I am an actor.”

She added, “And the reality is that actors spend a great deal of their time making films. And that doesn’t mean that they’re not educated. But we haven’t gone to law school and we’re not experts on policy. We’re just people with a platform and an opinion. But that should never be enough, in my opinion, to be political.”