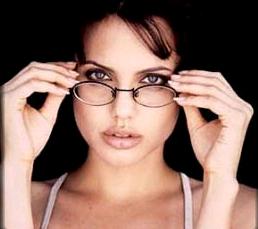 Now, according to an article, the actress has admitted that her health issues have not only caused concern but in real life has caused problem with her sex life. The report notes that while she credits Brad with helping her through her difficult times, the star admits much of the sexual passion has fizzled out of the couple’s relationship as they struggle with the demands of parenthood and busy careers.

The “Good Shepherd” actress revealed, “Obviously your intimacy is not the same. You are always engrossed and often you collapse with exhaustion in the evening.”

She did express that Brad Pitt is romantic but she still blames the death of her mother for her dramatic weight loss. Many wonder if she was so concerned about her mother’s fading health and brave battle against cancer she was absent from Los Angeles.