Angelina Jolie and Brad Pitt will have a “handful” with their newborn twins, says the actress’ father Jon Voight. 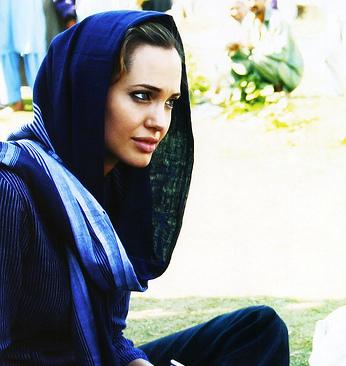 Jon Voight thinks the couple, who welcomed their fifth and sixth children into the world in France on Saturday (12.07.08), will find coping with the new family members tough.

He said, “Angie’s got a handful. She knows it, too. Twins are a big deal. Even if they’re the world’s most remarkable sleep oriented, calm children, two kids at the same time is a big deal!

He continued, “They’re Brad and Angie’s babies. There isn’t anything more exciting than that. Of course my heart is with them and all my love goes to them. I was very excited.”

He repeatedly told Mayor Christian Estrosi of Nice, France, the town where Angelina gave birth, “I’m the happiest father ever.”

The babies will remain in Nice’s Fondation Lenval hospital with their mother for six or seven days until they gain some weight, according to Angelina’s obstetrician Dr. Michael Sussmann.

The 33-year-old actress is expected to leave the medical facility by helicopter in the middle of the night next week to avoid being photographed.