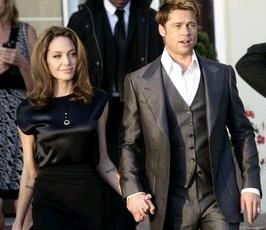 The said event was also the premiere of the film “The Assassination of Jesse James” by the Coward Robert Ford.

The film, which focuses on the last year of the famous outlaw’s life, is co-produced by the lead actor Brad Pitt and directed by Andrew Dominik.

Earlier on Sunday, the world’s most closely followed couple had walked the red carpet at the Venice Film Festival for the premier of the same film.