Angelina Jolie, an actress, was stunned when she was accused of being anti-American because she was speaking out for Afghan people during the war on terror. 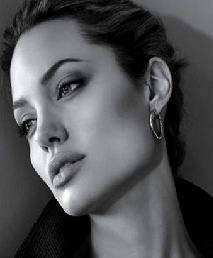 In 2001, the actress urged the public not to ignore the people suffering from the war in Afghanistan, which started four weeks after the September 11th terrorist attacks in New York City and Washington D.C.

The star of “The Good Shepherd” made her public statement at a time when U.S.
patriotism was at an all-time high and some Americans did not respond to her humanitarian appeal well.

The actress revealed, “I went on a show just as troops were going into Afghanistan to say that we needed to be focused on the Afghan people, the refugee families. We were focused on the Taliban as an enemy and these people were victims, too.

The actress added, “And I got a phone call and two letters that said, ‘How dare you say we should help anyone else after September 11. We should be helping everybody in New York and that’s it, f**k you, and I hope your family dies, you’re anti-American.’ I was so shocked that I was actually nervous the first time I went back to New York a few months later. I found it very sad that caring for people on an international level could be mistaken for being anti-American.”