Angelina Jolie went completely bare in the digitally enhanced film “Beowulf” with the aid of technology, the actress looked a bit like her once voluptuous self. 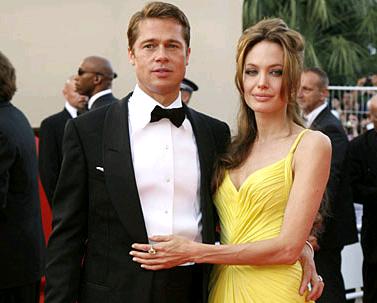 There is one scene where she is completely full frontal. She did say she was a bit embarrassed and felt exposed. Now her partner Brad Pitt has said that he will swear off any more nude scenes as he doesn’t want to embarrass his kids.

The “Babel” actor revealed, “I don’t want to be embarrassed when my kids get old enough to see my films, I can’t see any more nude scenes [in my career.]”

The actor added that he is also becoming pickier when it comes to his future projects (which include producing an HBO series on humanitarian workers with Angelina Jolie), adding, “I figure I’ve got very few films left. Who knows how many I’ll get to do now, so I want to do something I’m interested in. Otherwise, I don’t want to bother. I think it’s a younger person’s game.”