Angelina Jolie has denied knowing about a legal document sent to reporters wanting to interview her in connection with her latest movie A Mighty Heart, that barred them from asking her questions about her personal life. 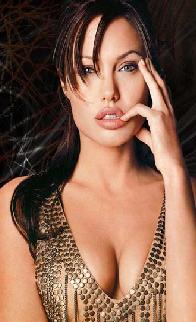 The, actress who was described by FoxNews.com commentator as a “mighty hypocrite” for demanding that reporters sign the document, told the Associated Press, “My lawyers apologized to me to say that it was heavy-handed. But they did it with good intention.”

Earlier, in a separate interview on The Daily Show, Angelina Jolie described the document as “excessive” and added, “I wouldn’t have put it out there.” In an interview with The New York Times, attorney Robert Offer admitted that the document “was drafted overly broadly.”